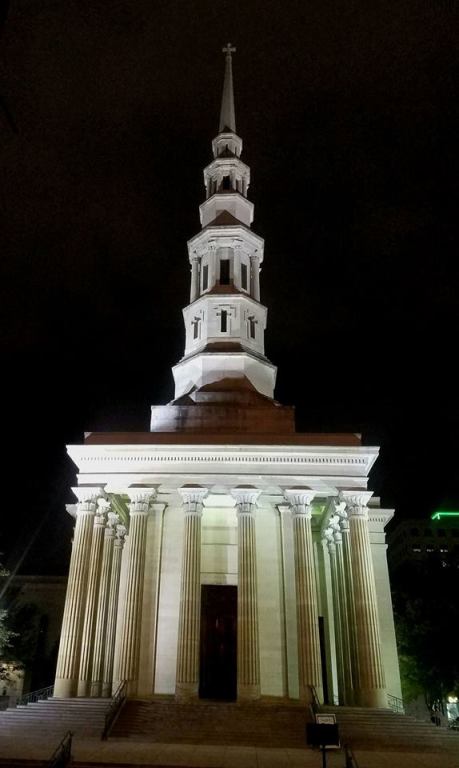 Saint Peter in Chains Cathedral is the cathedral of the Roman Catholic Archdiocese of Cincinnati. It is a Greek revival structure located at 8th and Plum Streets in downtown Cincinnati.

Saint Peter in Chains was begun with the laying of its cornerstone on May 20,1841, under the direction of then-bishop (later archbishop) John Baptist Purcell, and formally dedicated on November 2, 1845. Its striking single spire, which soars to two-hundred and twenty feet above street level, was the tallest man-made structure in the city for many decades, and is constructed of pure white limestone.

The large stone angels that were on each side of the main altar were created by Odoardo Fantacchiotti in the late 1840s. They now grace the Cincinnati Art Museum's Cincinnati wing. They were among the first European sculptures to come to Cincinnati.

The interior of Saint Peter in Chains is distinctly unique among Roman Catholic cathedrals in America, with its Greek-themed mosaics depicting the Stations of the Cross, its ornate Corinthian columns and its massive bronze doors.

The crucifix was made by Benvenuto Cellini, the murals by Carl Zimmerman and the mosaic in the apse is by Anton Wendling.