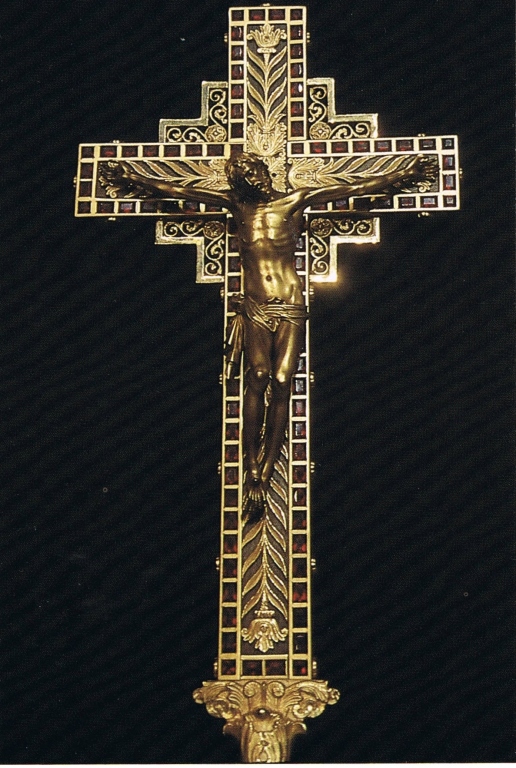 One of the Cathedral's processional crosses has a corpus by Benvenuto Cellini (1500-1571), probably the most gifted goldsmith in history. Few of his works have found their way to the United States.

The gilt bronze figure, 131 inches high, was originally in the private chapel of the Palazzo Guadagni in Florence. Purchased at auction by the Cincinnati Art Museum, it was repurchased
with contributions collected mainly by the Cincinnati Post and presented to the Cathedral in 1957. 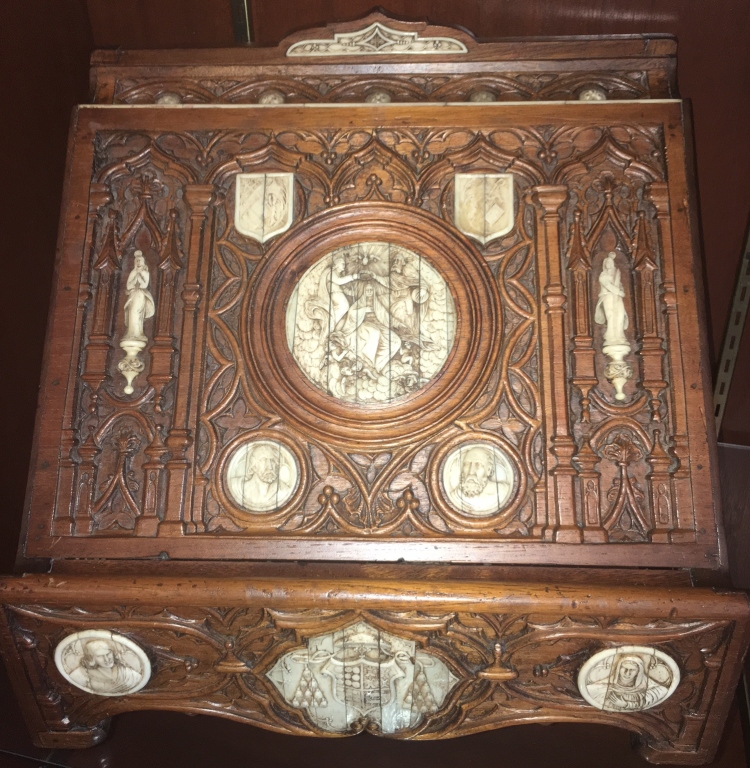 A missal stand from 15th or 16th century Spain is hand-carved in oak with ivory inserts. It bears a coat of arms that identifies it as the property of Cardinal Ximenes de Cisneros, private chaplain to Queen Isabella of Spain and the person who persuaded her to sponsor Columbus' expedition.

The large stone angels that were on each side of the main altar were created by Odoardo Fantacchiotti in the late 1840s. They now grace the Cincinnati Art Museum's Cincinnati wing. They were among the first European sculptures to come to Cincinnati.

The interior of Saint Peter in Chains is distinctly unique among Roman Catholic cathedrals in America, with its Greek-themed murals depicting the Stations of the Cross, its ornate Corinthian columns and its massive bronze doors. The murals are by Carl Zimmerman.