It required 18 months to set in place the large quantities of marble used in the 1957 restoration of the Cathedral. In all, workers set in place about 600 tons of marble: 15,000 square feet of flooring, wall surfaces, stairs and altars. The marble-setters worked mainly in five kinds of marble: Imperial Black: A lustrous jet-black stone quarried near Knoxville, Tennessee, used for the walls of the atrium, the wainscoting in the narthex and the nave, and the columns leading to the Baptistry and Blessed Sacrament Chapels.

Verte Issorie: A rich dark green marble from Italy used primarily for the flooring throughout the building.

Daisetta Perlatto: A white Italian marble used primarily in contrast to the green to form the pattern in the flooring. 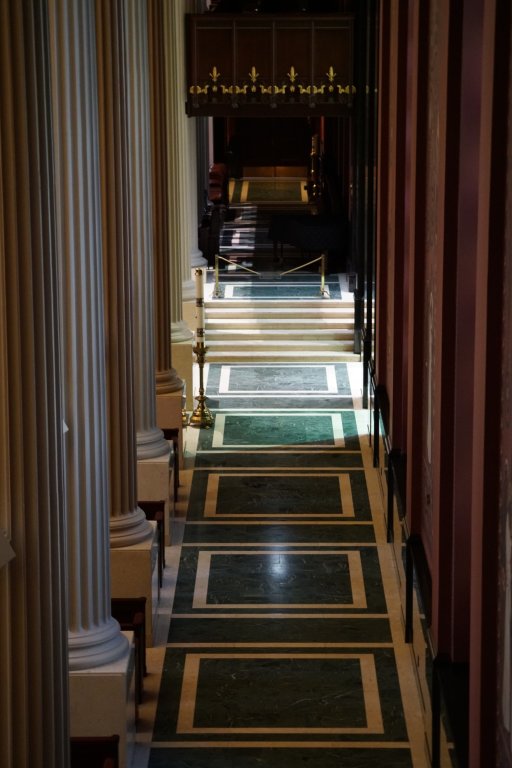