A tower clock by Francis Stein (or Steine) was connected to those bells by July 4, 1852, and played tunes automatically at 3-hour intervals. The clock was replaced in the 1930s by the Verdin Co. of Cincinnati; the chime was sold and moved in 1955 to Saint Teresa of Avila in Cincinnati.

The hour bell cast by Hanks in the same year (1851) remains, and was rededicated along with a new set of 12 dutch bells on February 24, 1957 cast by the Petit and Fritsen Royal Bellfoundry of the Netherlands. In 2010 the tower bells were completely refurbished by the Verdin Co. of Cincinnati and a new keyboard and automatic playing mechanism was installed.

The bells were formally rededicated on Sunday, November 21, 2010, the Feast of Christ the King. 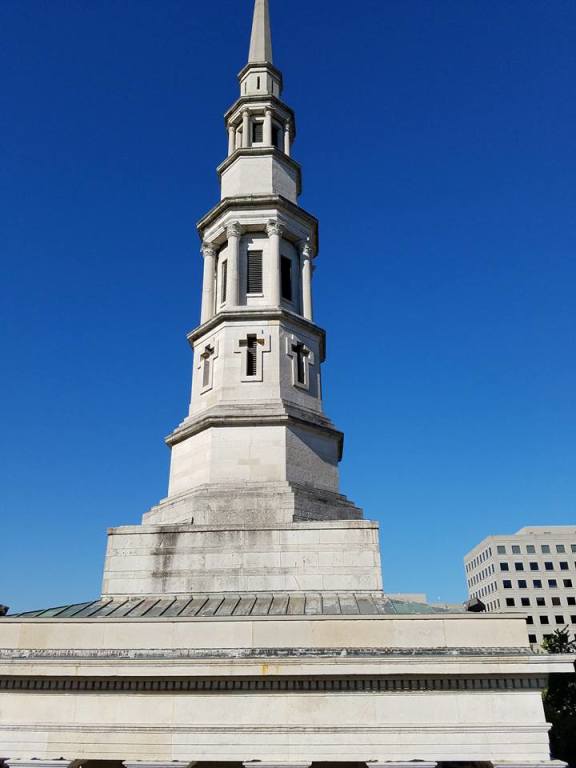